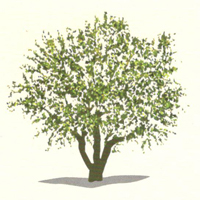 of the Jordanian Society for Fertility and Genetics

The founder of the society

Since the delivery of Louis Brown in July 1978 the heat spread all over the world generating energy to explore and adopt this new technology. There was criticism, doubt, fear, observation with caution, hesitation and eagerness and determination to know more about this great new advancement.

The predominantly Muslim nation of Jordan, one of the smallest countries of the world, was among many countries to be excited and intrigued by this breakthrough. We were eager to take advantage of this major scientific progress which would tremendously affect many thousands of its families suffering from infertility.

Proudly, Jordan was the first to introduce this new technology to the region, and perhaps was one of few countries in the world. Between 1978 and 1987, some countries announced the delivery of their first IVF baby. The population of these countries at that time was about:


In 1983, the first IVF center was established in Jordan. There were - of course- tremendous difficulties to accept this new medical method from the religious point of view, from cultural aspects, not to mention financially. As well as the quest to find candidates to undergo such a procedure. Some spouses rejected this method and found it unethical and contradictory to their beliefs.However, with perseverance and persistence, patients became more and more understanding, and more attracted to this method, The MUFTIâ€™s (higher Islamic authority), support and permission of this methodology was crucial in this endeavor. His declaration that this wasnâ€™t against any religious teachings but rather a seeking of knowledge to the betterment of humanity, became a corner stone in all our subsequent work.

Since 1983, and for many years afterwards, only one single IVF center existed in Jordan, located in the capital Amman. In 1988 another center opened under the supervision of the government at king Hussein Medical Center, in 1994 a third private sector center was inaugurated at the Amal hospitaland then centers spread all over the country to become 21 in the capital, and 4 others in different cities.

In 1997 a medical group from different specialties decided that it was the time to establish a society under the name of the Jordanian Society for Fertility and Genetics. It was intended to be under the umbrella of the medical syndicate, but the membership was rejected, since the rules of the syndicate are to have medical doctors only and no scientists or biologistsâ€¦.etc, therefore, the society decided to be independent in order to embrace all elements of the medical profession. Her Majesty Queen Noor Al Hussein accepted to be the honorary president of the society which gave it strength and pride in the royal patronage.

Establishing the society was not easy but it was more difficult to run it and make it stand on its feet. On this point, I would like to express my thanks and admiration to my colleagues who helped me in founding this society, as well as to the secretary Mrs. Amal Al Astal:

However, with the determination of the members, and financial support from believers in the society, not to mention the support from sincere friends from all over the world, the society could stand on its feet. We felt holding local lectures and international congresses will give proof that the society does exist and is proving itself. The aim of holding congresses is not to gain financially but rather spread and exchange knowledge amongst us. Attending congresses helps us all to estimate how much we know and what we must learn. Through congresses you meet old friends and strengthen your friendships while make new ones. In addition to the mental nutrition, there are social activities which refresh the mind and deepen the friendship.